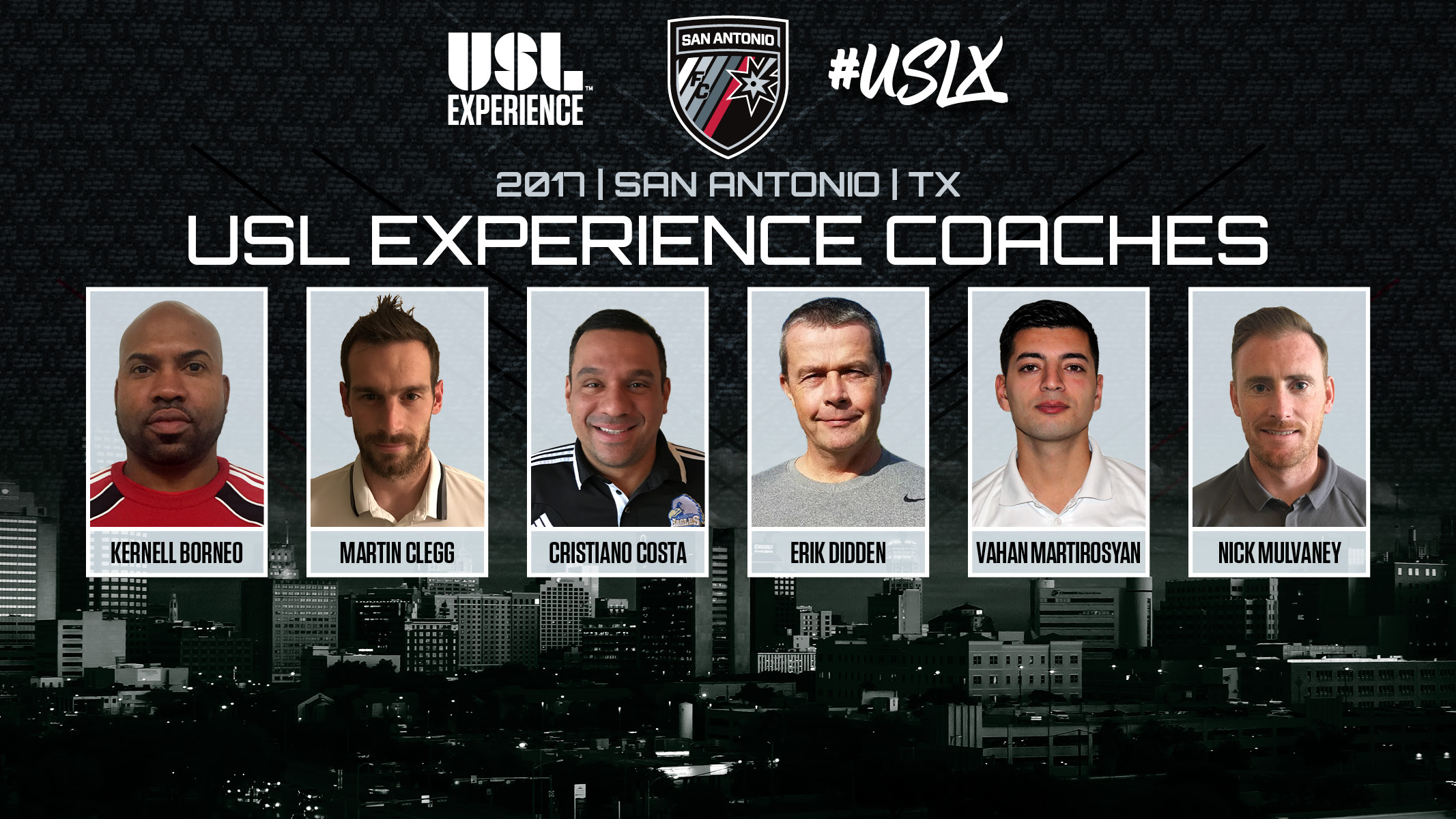 The Super Y League's best players are set to attend the 2017 USL Experience, hosted by the United Soccer League's San Antonio FC, from March 30-April 2, and six high-caliber SYL coaches will be there to help them grow their game.

Selected based on their performances within the Super Y League, Kernell Borneo, Martin Clegg, Cristiano Costa, Erik Didden, Vahan Martirosyan and Nick Mulvaney have been chosen to attend the USL Experience in San Antonio, Texas. They will prepare and carry out training sessions with the USL Experience teams, comprised of the 72 players named to the event, as well as evaluate and educate the players during training and games. They will review the weekend performance of each individual player prior to departure from San Antonio. 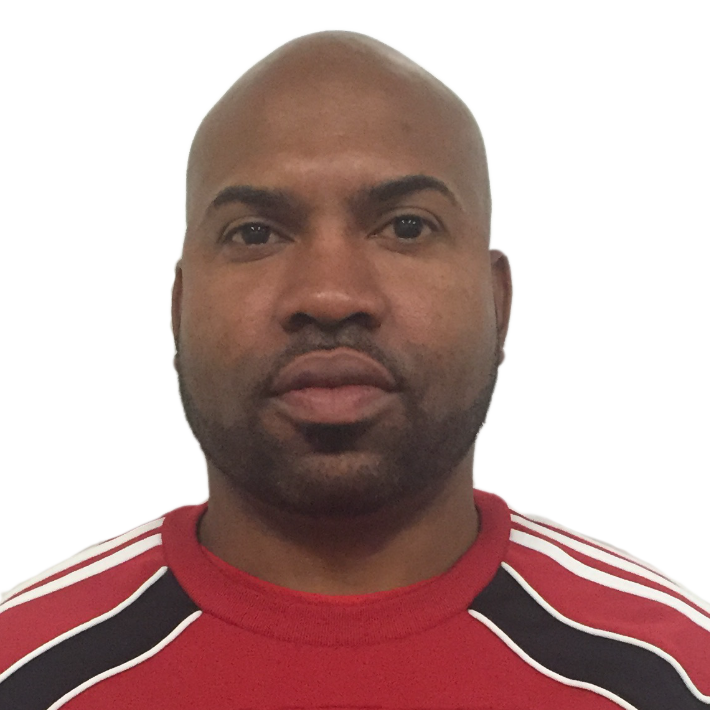 Kernell Borneo is originally from Trinidad and Tobago. He came to the United States to play collegiate soccer and received an athletic scholarship to Missouri Baptist University followed by another at West Virginia University.

He has been involved in travel soccer for more than 12 years and also serves as the Director of Coaching for Pro Performance, Tri-State Elite and Fury Soccer Club. He has coached four different teams that went on to win 11 State Championship titles. Most recently, his Under-16 Girls Fury team, U17 Boys Pro Performance Select team and his U13 Boys team were the 2016 State Champions. Kernell was also voted 2015 West Virginia boys Competitive Coach of the Year. He is also a Staff Coach for the West Virginia Olympic Development Program.

From 2005-07, Borneo was the coach for the University High School Boys Team. He was also the assistant coach to Mike Kelleher for the Super Y League U20 Illusion Summer Girls team in 2008. The team was made up of collegiate players from schools and universities including West Virginia, Tennessee, Morehead State, Cincinnati and West Virginia Wesleyan.

Borneo has also worked numerous youth camps and clinics in many states throughout the country. He is the Director of all Pro Performance soccer camps and has coached both the men’s and women’s West Virginia soccer camps, McAllen Youth Soccer Association soccer camps, and West Ham soccer camps in Pittsburgh and Morgantown. He has also had the opportunity to coach at the National West Ham United Football Club Camp in Georgia alongside Tony Carr, who is regarded as one of the best youth coaches in Europe.  In November 2015, he coached a Bayern Munich ID camp in Morgantown, West Virginia. He continues to educate himself under U.S. Youth Soccer, the National Soccer Coaches Association of America (NSCAA) and other avenues. He holds an NSCAA Director of Coaching Diploma, NSCAA National Diploma, NSCAA Youth Diploma, NSCAA Goalkeeping "1" and "2" Diploma, Coerver Coaching Youth Diploma, a National Youth License from the U.S. Soccer Federation and a Certificate from West Ham United Premier Soccer club in London, England. He also visited Bayern Munich for a week-long observation and classroom sessions. While in Germany, he had the opportunity watch the academy and first team train and play games.

Borneo took his U14 Boys Pro Performance Select team to England in 2013 to compete against Youth Academies in London and watched English Premier League teams, such as West Ham United FC, Fulham FC, Manchester United FC and Chelsea FC play while he was there.

In August 2016, he went to England as staff coach with Sport 11’s youth teams and his players had the opportunity to play against Fulham FC, Reading FC, and Sheffield United FC. The group also trained with the academy coaches at Fulham, Reading, Derby County FC and Crystal Palace FC. 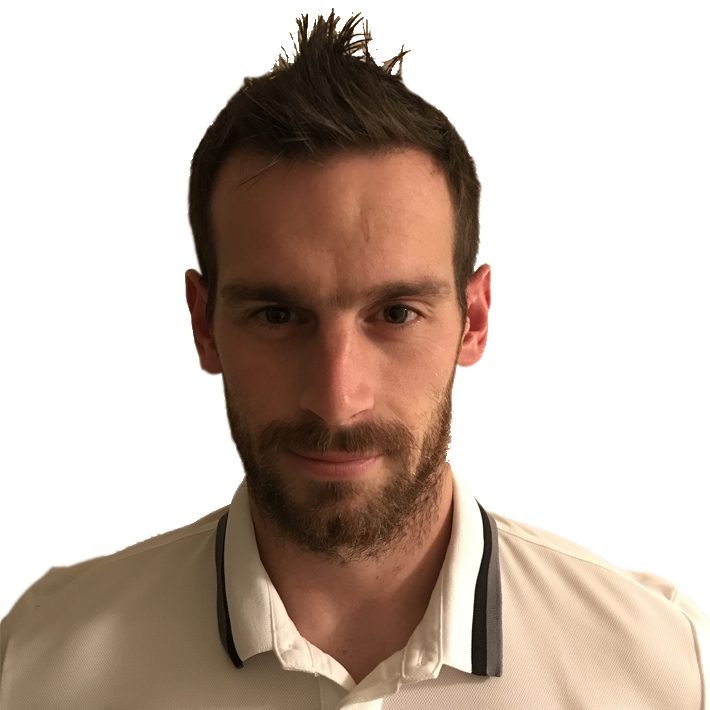 Martin grew up in Manchester, England, where from a young age started his soccer career. He began by playing for his primary school and became captain for his high school during his final two years there. He was recruited by Oldham Athletic Football Club through school of excellence and played for their academy team.

After a very enjoyable youth career, he started his coaching career working at former English Premier League clubs Bolton Wanderers and Blackpool FC, based in Northwest England, where he provided performance analysis information to the senior team's technical staff. This experience was extremely valuable as he was able to assist high-quality senior team coaches from the English Premier League.

He took the opportunity to coach in the United States at Chill SBC Soccer Club and was then appointed as the club's Director of Coaching in 2016. Martin recently worked as a Super Y League coach at the 2016 Regional Scouting Series for Region II and also as a scout at the 2017 Super Y League North American Finals in Bradenton, Florida. 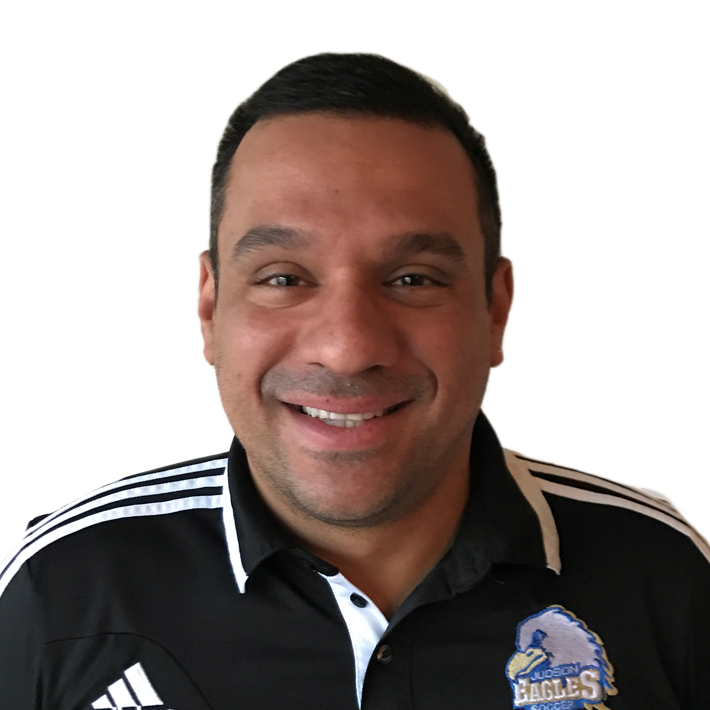 Cristiano Costa has had more than 26 years of soccer experience. In 1991, he started his soccer career in Rio de Janeiro, Brazil, playing for Club de Regatas Vasco da Gama. He spent nine years with Vasco da Gama, training and playing as a goalie before transitioning to ABC Futebol Clube and Botafogo Futebol Clube, where he played two more years professionally. In 2006, Costa moved to the United States, where he played two years at Oklahoma Baptist University before transferring to Judson University to play three more years. In 2009, he played for Lüneburger SK Hansa in Germany, and in 2010 and 2011, he played for the Premier Development League’s Thunder Bay Chill in Canada. 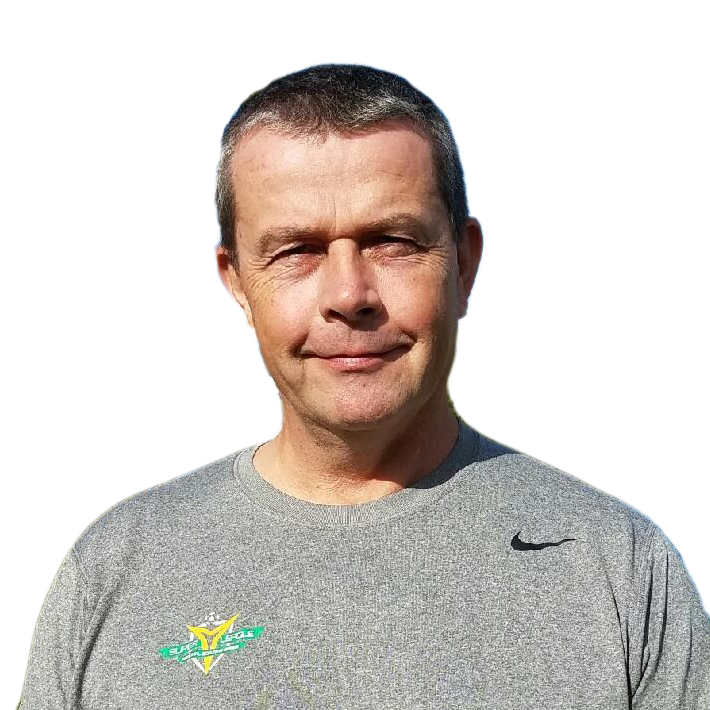 Erik Didden moved from his native Holland to the United States in 2001. Since then, he has accumulated 12 years of Varsity High School Coaching experience between Astronaut High School, Titusville High School, Melbourne Central Catholic High School, West Boca High School and, as of 2015, Jupiter High School. He formerly coached at Florida Institute of Technology and was on the training and coaching staff of the semi-professional Cocoa Lady Expos during their inaugural season. Teams he has trained and/or coached have: won Regional, State and a National Titles, held No. 1 rankings in the state of Florida and held top five rankings in the country. His experience on the Florida Olympic Development Program and Florida Youth Soccer Association has helped many coaches develop and fine tune their coaching skills, while Didden has also put dozens of players in the ODP including State, Regional and National Pools. 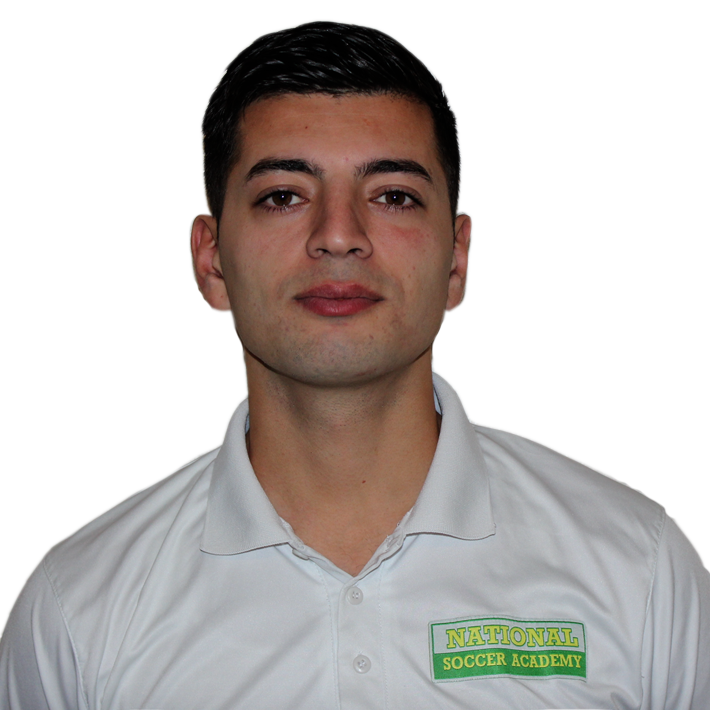 Vahan Martirosyan was a two-year member of the Kean University’s men's soccer team. After his college playing career and receiving a Bachelor of Science degree in Management, Martirosyan continued his playing career with the Morristown Colonials, now known as the Jersey Blues FC, and New Jersey Blaze.

Currently, Martirosyan serves as an assistant men’s soccer coach at Kean University and assistant coach for the Jersey Express, which competes in the Premier Development League. Martirosyan is also in charge of National Soccer Academy's youth development and management of programs. He has been coaching for more than seven years and holds a U.S. Soccer Federation "B" coaching license. 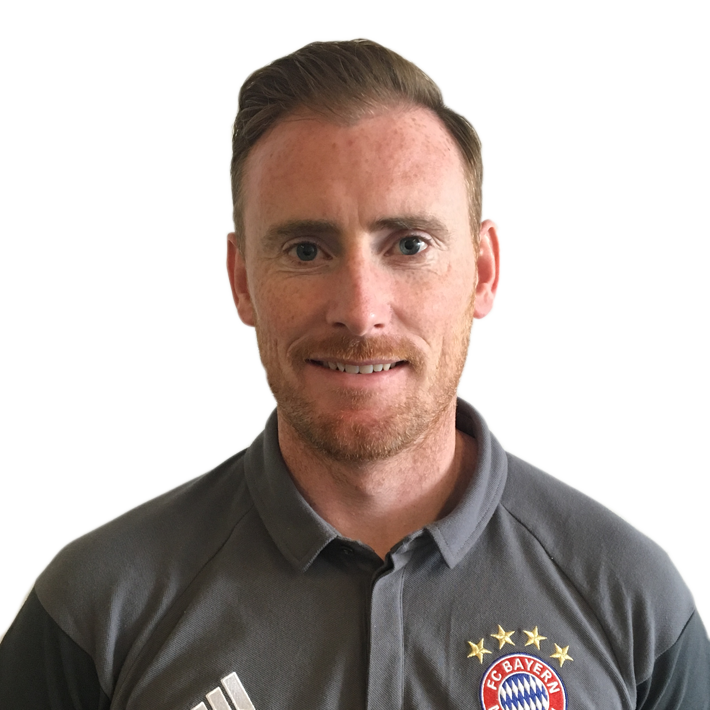 Nick Mulvaney has playing experience in England, Ireland and the United States, previously playing for the Wilmington Hammerheads FC in the United Soccer League and at William Carey University in the National Association of Intercollegiate Athletics.

Starting his coaching career in Dublin, Ireland, where he served on the staff for the St Kevin's Boys FC, Nick Mulvaney has been coaching since 2000. He has led numerous teams around the world and is presently the Executive Director for the Chicago City Soccer Club. Mulvaney, who conducts Chicago City SC’s FC Bayern ID Program, holds a U.S. Soccer Federation “A” Coaching License, an FA Level “2” in Coaching Football certificate, an FA England Youth Module “1” and “2” certificate and a NSCAA Goalkeeping Level “1” Diploma, among other qualifications. Mulvaney has also served as a Super Y League coach at the 2016 Regional Scouting Series and a United Soccer League National Scout.