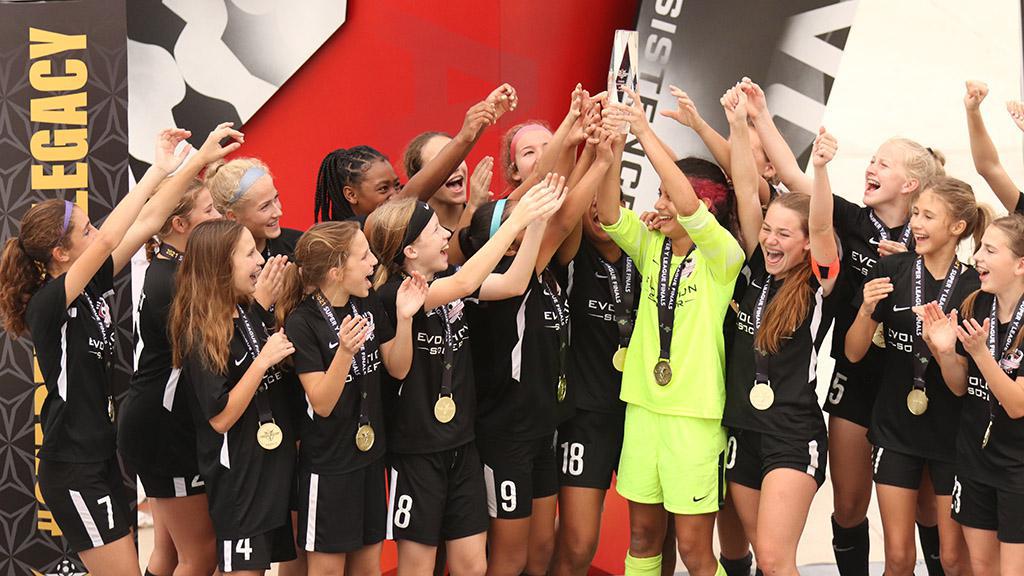 TAMPA, Fla. – The Super Y League Finals came to a conclusion at the Tournament Sportsplex Of Tampa Bay on Tuesday afternoon as a packed week of action saw six champions crowned across the girls divisions, featuring some standout individual performances to lead their respective sides to victory to wrap up the 2021 season.

Jordan Vopat and Olivia Anderson each found the net as Force FCLC took victory against Indiana Elite to claim the Girls U-18/19 title. Having finished second in its group on goal differential to Indiana after the sides finished all square in their first encounter, Force took a 3-2 victory against Chicago Rush SC in the Semifinals to advance, where goals by Vopat and Anderson and an assist by Katelynn Ward saw the side to victory.

Liverpool FC - Michigan Central Academy produced their best performance of the tournament as Elizabeth Bultynck recorded a hat trick to lead the side to victory against Northern Virginia SC and to the Girls U-16/17 title. Bultynck’s performance saw her finish the tournament with eight goals overall, and she was joined on the scoresheet in the final by teammates Hannah Dombrowski, Aaliyah Faddoul, Amalia Villarreal, and Mikaela Perkins, while Alexandra Williams also notched an assist as their side ended the tournament undefeated.

Maliya Maldonado and Adia Symmonds each scored twice to lead Florida Premier FC to the Girls U-15 title against Arundel SC to complete an undefeated tournament and bring an end to Arundel’s remarkable defensive performance over the event. Entering the final, Arundel had yet to concede a goal, but Florida Premier produced an excellent attacking display as Maldonado and Symmonds’ two-goal performances were added to by a tally from Skylar Cole to send the side to victory.

Emma Gronlund scored the only goal of the game as Evolution SC capped a remarkable run after suffering defeat in its opening game to claim the Girls U-14 title against Midwest United FC. Winless after its opening two group stage games, Evolution advanced to the knockout stage as group runner-up with a 1-0 win against Bethesda FC in its final group contest and then recorded victories by the same score in the semifinals against Internationals SC before Mackenzie Jordan set up Gronlund for the lone goal in the final, avenging the side’s opening game defeat against United.

Lila Ratner and Madelyn Ryan each recorded a goal and assist as Bethesda SC took victory against Evolution SC to earn the Girls U-13 title at the Super Y League Finals. Bethesda advanced to the final by defeating Mid Atlantic Division rival Nova Majestics Maclean in the semifinals, and Ratner then put the side head off an assist by Ryan against Evolution in the Final. Kai Doman added the second goal off a feed from Ratner before Ryan capped the scoring from the penalty spot.

Bethesda SC took a 3-2 victory in a penalty shootout against City FC after the sides had played to a 1-1 draw through regulation and extra time to claim the Girls U-12 title. Valentina Perotta found the net for Bethesda but was matched by City FC’s Michaela Landers as the sides – each of which had advanced as runners-up in their groups before claiming victories in the semifinals – ended the contest all square. Goals in the shootout by Perotta, Mia Arnold and Presley Weiner proved enough for Bethesda to take victory, however, ending a strong week in the tournament’s youngest age group.