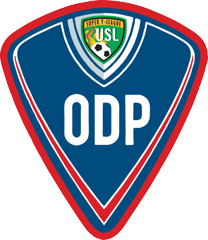 In 2015, the Super Y League identified an opportunity to provide unique scouting and identification chances to the league’s top performers closer to home. In addition to providing more regionally based identification events for players on the field, the SYL Regional Scouting Series delivers supplemental educational programming for players AND parents off the field.

Scroll down to find the answers to these frequently asked questions:

Q: What are the Regional Scouting Series camp dates, and where are they held?

A: Yes, we have worked hard to provide the best opportunities to our younger age groups. The U10/11 & U12 age groups will have a chance to be invited to the Scouting Series and will be developed & challenged by our partner Rene Muelensteen Academy’s (RMA) Technical Testing. They will then have a chance to compete in the Technical Testing National Championships put on by RMA which are usually in November.

Q:  Is there a Regional Scouting Series for the U18s?

A:  There is not a Regional Scouting Series provided for the Super Y League U18 age group.  At this point, the players usually are already committed to a college or will not be furthering their soccer career.

Q: What are the logistical requirements for players to attend the Regional Scouting Series?

Q: What are the requirements for parents/guardians accompanying a player?

A: Since we have designed the Scouting Series to provide unparalleled experience for both players AND parents, a player must have a parent/guardian or someone responsible for them at the camp. Please note, this is a non-residential camp where the parent/guardian is responsible for the player in ALL outside camp activities. We highly encourage a player’s parent to attend the educational programming we will provide.

Q: Which Airport should my player fly into?

A: Hopefully by holding these camps at central locations within your region, that would alleviate the need to fly.  However, the nearest airport for each region is as follows:

Q: What are the arrival times for players attending?

A:  Boys check in is between 12-2 PM and Girls check in is 2-4 PM, both on the Friday of your camp. Please note, for players to have ample preparation/warmup time, arrive as early as possible to your respective sign-in time slot.

Q:  When is the conclusion of the Scouting Series?

Q: Will there be transportation?

A: No, as highlighted earlier, all attendees are responsible for their own transportation.

Q:  What are the logistics for lodging during the Scouting Series?

A:  Attendees are responsible for their hotel lodging during the Scouting Series. Once a player is registered, details will be sent that contain a list of our partner hotels to help families in booking their stay.

Q:  Do players receive any training gear for the camp?

A:  Players will receive two Nike training tops when they arrive, which will be used during training sessions and games while they are in camp. Players need to bring a set of black shorts and socks and a set of white shorts and socks. Disclaimer: we cannot guarantee the jersey size as they are pre-ordered before registration.

Q:   What determines if a player is invited to the camp?

Q:  What should players bring to camp?

A:  Players should bring all their own equipment to camp: proper size soccer ball (U10/11 size 4, U12+ size 5), shin guards, cleats, sandals, sneakers, water bottles, sunscreen etc. They should also bring extra clothes to wear when they are not training or playing games, a notebook for the educational pieces, and anything else that will make them more comfortable while in camp.

Q:    How are invitations sent to players?

A:  Invitations will be sent via email to the email address designated from their SYL club registration.

Q:   What is the cost to attend the camp?

A:   The refund policy is laid out in the Registration Form sent to players who have been nominated.

Q:   Will players from the same SYL team be put together in camp?

A:   Players are placed into camp groups at random, based off gender, position, and age. Due to being an individual focused camp, we cannot fulfill any player requests for certain teams.

Q:   Will college coaches be in attendance?

A:   Due to the league's extensive network, there is a large presence of some of the top colleges at the event. Many college scouts and coaches come to seek out potential players for their programs. Please refer to the other information sections to gather more information.