The Super Y League has announced the 2019 League Standards 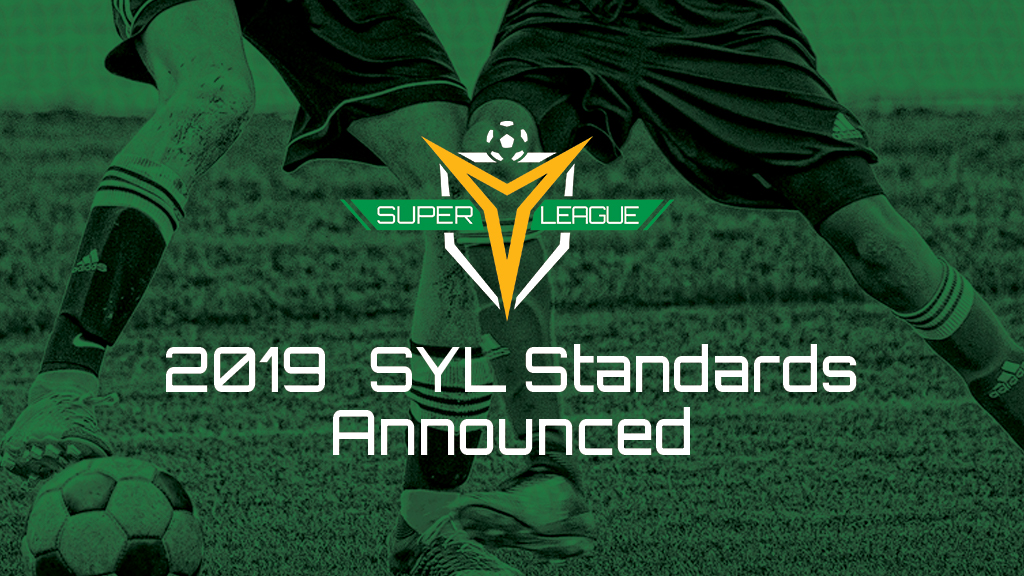 TAMPA, Fla - In the lead up to the 2019 Super Y League season, the league has released the 2019 Standards Chart for all competing age groups.

Several changes for the 2018 season come in the form of alignment with current United States Soccer Federation policies. Previously, several standards were used in the SYL season that correlated to the previous year’s USSF standards, causing various age groups to shift the number of players on the field, field size, and other requirements from the spring season to the fall season.

The graphic below details each of the seven age groups set to compete in Super Y League for the 2019 campaign. 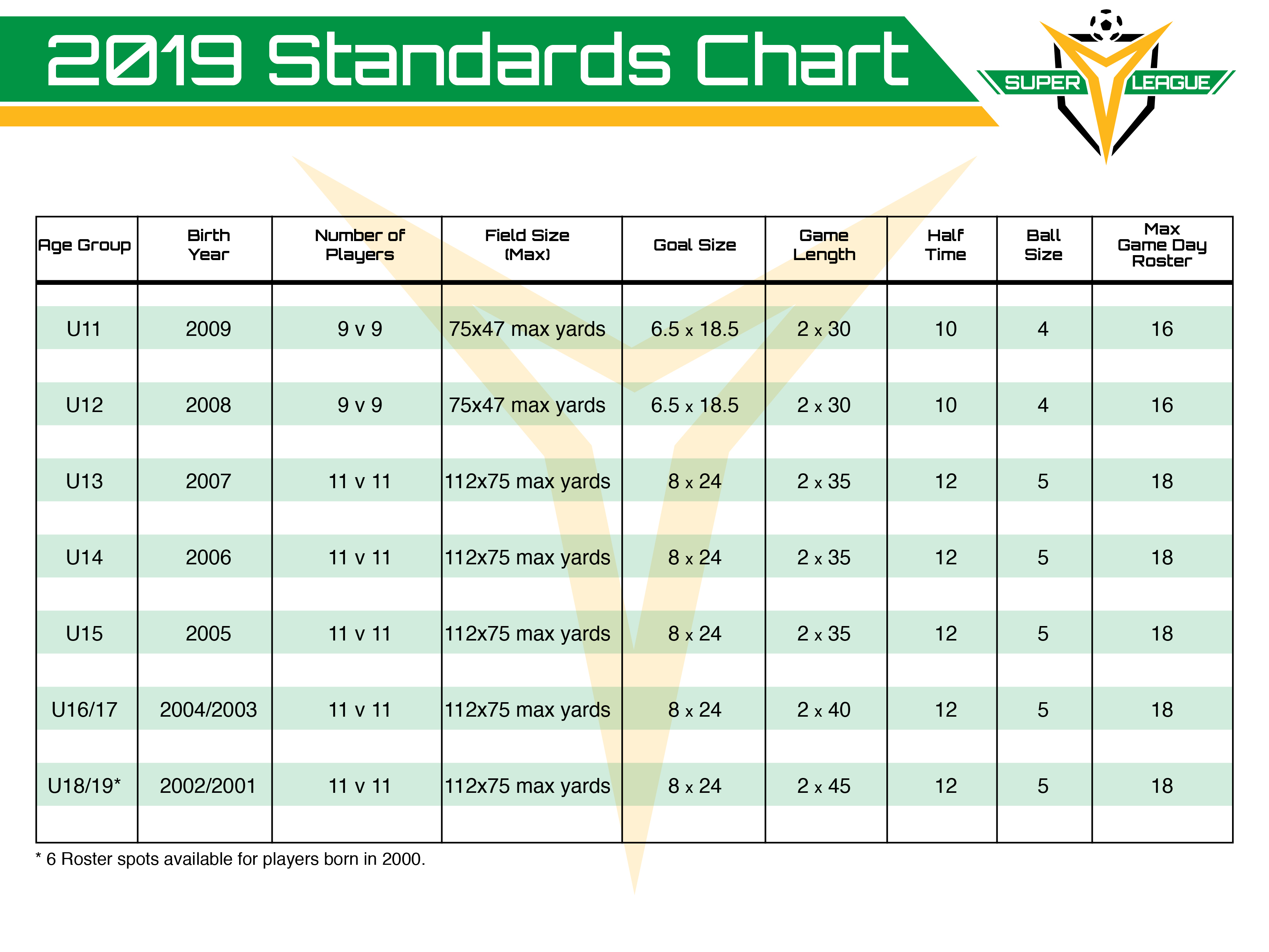 Players compete in 9 v 9 matches through the U12 age bracket, while ball and goal size, as well as half length, increase once players progress to older age groups.

Super Y League
The Super Y League, the country's longest-running national youth league, provides approximately 600 teams and 10,500 players an unparalleled experience through its advanced player tracking, strong development resources and college soccer connections. Focusing on the important development ages of 10-18 for both boys and girls, the Super Y League features a summer platform, followed by an annual North American Championship in December. Founded in 1999, the Super Y League has served as an established pathway to college and professional soccer as players are evaluated during the league's Regional Scouting Series. A select group is also chosen for the highly-touted annual USL Experience, a multi-day residential event that follows a professional training format and an environment exclusively alongside one of the USL's established organizations. Follow the Super Y League atwww.SYLSoccer.com and on social media through Facebook, Instagram and Twitter.