Former Director of Business Development will oversee both leagues 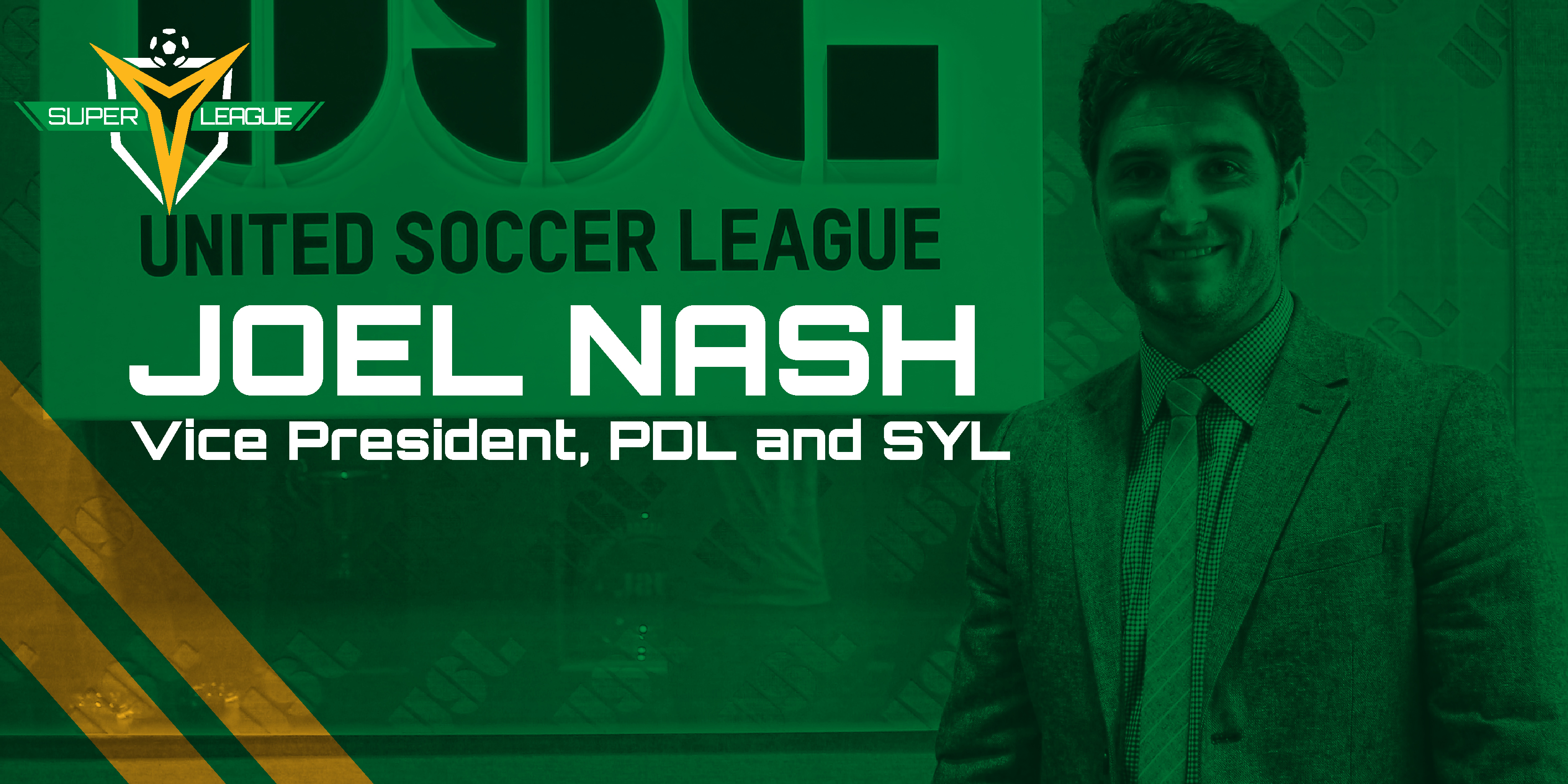 TAMPA, Fla. — After serving in multiple positions over three years at the United Soccer Leagues, LLC, Joel Nash has been promoted into a new role as the Vice President of the Premier Development League and Super Y League, effective immediately.

“Having worked with Joel for the past three years, I couldn’t be more confident in his abilities to elevate the PDL and SYL in his new position,” said USL Chief Operating Officer Justin Papadakis. “His dedication, drive and incredible work ethic while serving as Director of Business Development have been instrumental in the rise of both leagues to new heights. As Vice President, he’ll be able to expand his oversight to further encompass each league and apply that dedication on a broader scale.”

Originally starting in 2015 as the Manager of Youth League Operations and later earning a promotion to become Director of Business Development, Nash has overseen the growth of both the PDL and SYL in his three years with the organization. While taking a leadership role on league expansion, Nash’s position enabled him to work closely with member clubs across both leagues, successfully launching many new members and growing both organizations to new heights.

“I’m delighted to lead these two properties with such passionate and dedicated teams of leadership,” said Nash. “Both leagues are instrumental in growing the game of soccer. Player development will always be at their core, but we will focus on evolving how players, clubs and communities all experience and facilitate the rise of soccer in North America. Each league is set up for expansive growth in all areas and I’m focused and excited to be part of it.”

Under his stewardship, the PDL has grown to include a record 74 teams across the United States and Canada, including the new Deep South Division in 2018. As it has grown, the league has seen continued success in the production of top-level professional talent, with a record 66 selections - comprising more than 80 percent of all picks - in the 2018 MLS SuperDraft. New stars such as Orlando City SC’s Chris Mueller join prominent alumni such as Newcastle United FC and U.S. Men’s National Team defender DeAndre Yedlin, 2017 MLS Defender of the Year Ike Opara and Sporting Kansas City teammate and 2017 MLS Goalkeeper of the Year Tim Melia.

The SYL has seen similar success, comprising more than 600 teams from 90-plus clubs across the nation. Ahead of the 2018 SYL season, with Nash spearheading the addition of the new Southwest Division and five member clubs in the region, following up strongly on the 2017 addition of the Mid South Division. The continued growth of major events such as the Super Y League Finals and USL Experience - hosted in 2018 by Phoenix Rising FC - have seen many talented alumni move on to higher levels, such as Atlanta United FC’s Lagos Kunga and Andrew Carleton, and Schalke 04’s Zyen Jones.