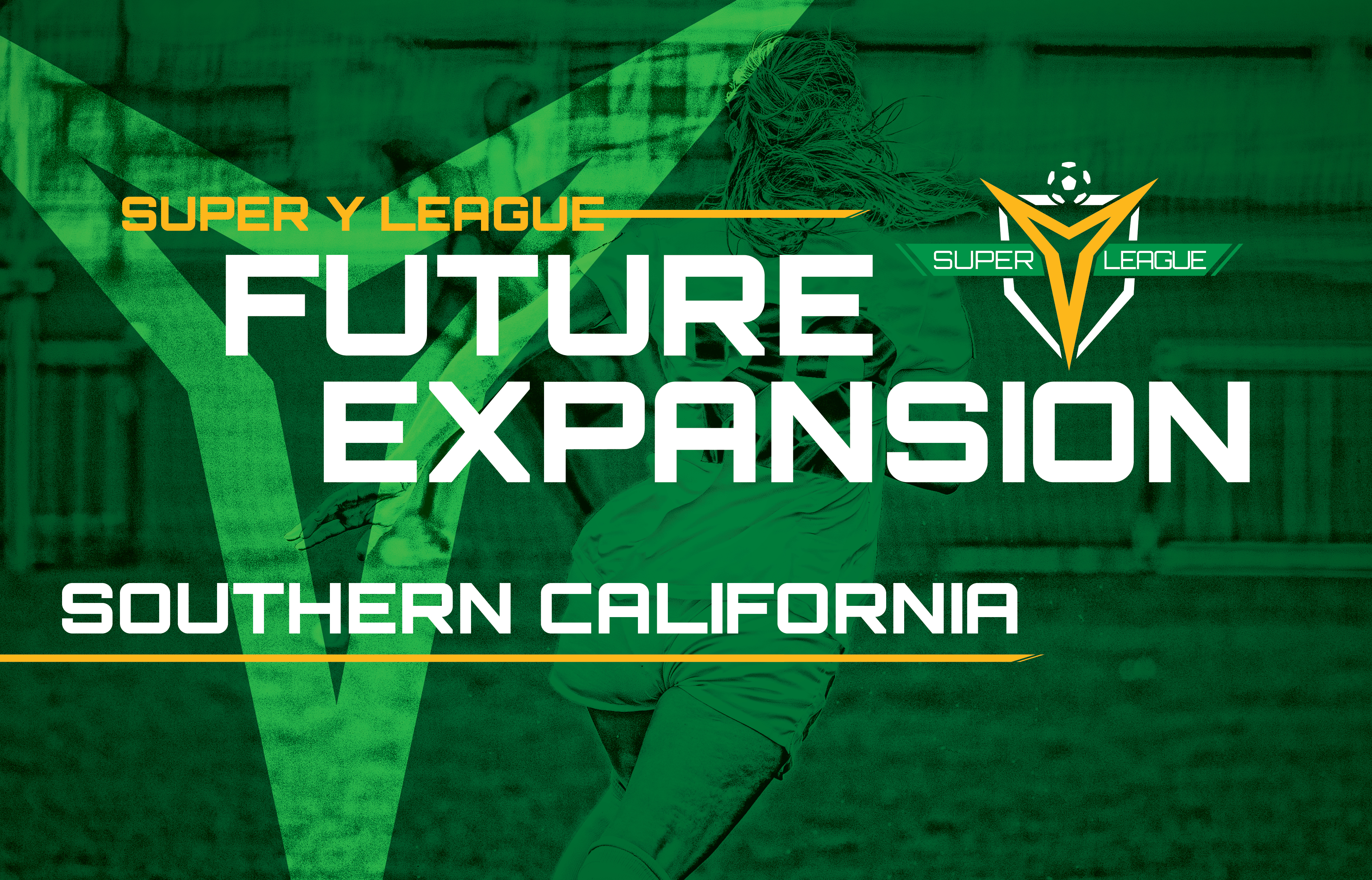 After the successful launch of the Super Y League’s Mid South Division in 2017, the league is pleased to announce the continued development of its national footprint with expansion efforts targeted at the Southern California region.

The region’s founding member clubs, divisional structure and start date will be announced at a future time as details are finalized following upcoming site visits.

“This is an ideal time for the SYL to continue its growth through expansion to the west coast,” said USL Director of Business Development Joel Nash. “The league’s unique position makes it stand out as a tremendous option for clubs and their players to maximize their potential, and provides both elite competition and a professional structure during a key period of the year.

“As part of the USL’s overall structure, which offers a pathway from the youth ranks to the professional game, those of us in the SYL’s leadership have a keen vision as to where we hope to take American soccer. West-coast expansion for the Super Y League is a great platform to that end as we expand the league’s national footprint to mirror the expansion of the USL to new markets including Las Vegas, Reno and Fresno over the past two years.”

As part of its efforts, the Super Y League is in discussions with multiple groups in Southern California. The league’s recent addition of the Mid South Division will serve as a template for success in Southern California. Three of the 2017 SYL Finals champions hailed from the new division, with City FC winning the U12 Boys bracket and Oklahoma Energy FC capturing the U12 and U18 Girls titles.

“As part of a larger overall organizational structure, and given its position as one of the longest-standing national youth leagues in the United States, the Super Y League has always been extremely important to the overall pyramid of the USL,” said USL COO Justin Papadakis. “Top clubs from across the country are seeing the benefits and opportunities of being part of Super Y League, and the USL.”

New Southern California member clubs and players will be eligible to participate in the Super Y League’s premier events, such as the annual North American Finals in December and the USL Experience each spring. The upcoming 2018 USL Experience will be hosted by Phoenix Rising FC, where the SYL’s top young players will participate in professional-level training, matches and be recognized at halftime of a Rising FC regular season contest.