Parga hat-trick too much for Atlanta Fire 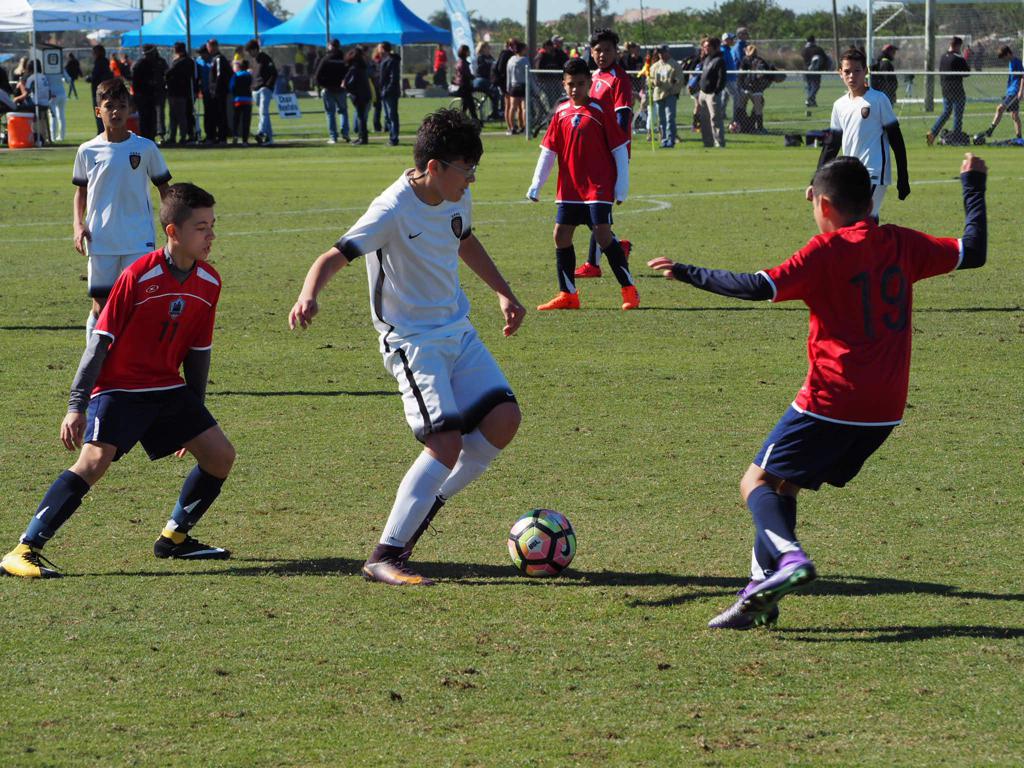 BRADENTON, Fla. – City FC proved too strong for Atlanta Fire Bayern Munich in the U12 Boys Super Y League semi-final running out to a 5-1 win at iMG Academy on Monday morning.

City FC opened the scoring in just three minutes after working the ball up the middle on the edge of the box. That ball got to Steven Restrepo who was working his way forward, sneaking it under the keeper for an early lead.

After the opening goal the two teams fought hard for an equalizer, and in the 13th minute they found that goal. Adrian Lopez got the ball on the edge of the area and hit a powerful strike which was just of the reach of the keeper.

In the 17th minute a quick counter from City FC nearly got the lead back, as Elyhia Rubio used his speed to get through the defense. He shot well but it was denied by a great save from Chase Johnson to keep the match level.

Just two minutes after that chance City FC got back in front, although only after Johnson made a spectacular double save. A third shot was just too much to ask for as Raul Parga was able to get it past the keeper, restoring the lead.

Almost immediately City FC doubled its lead, quickly stealing possession on the restart and rushing forward, again the ball came to Parga who made no mistake, putting it past Johnson to make it 3-1.

In the 28th minute Atlanta thought it had pulled a goal back into the match as the ball was in the back of the net, but that goal was not allowed as the assistant referee raised the flag for offside.

City FC effectively ended the match as a contest in the 41st minute as a cross came in from the right wing. The cross was sent in perfectly to the far post for Eric Acosta who was left to head it into the back of the net.

The scoring continued in the 48th minute with Parga wrapping up his hat-trick with a nice finish, again coming off a cross from the right. Parga controlled the ball well and then shot powerfully with his left boot to make it 5-1.