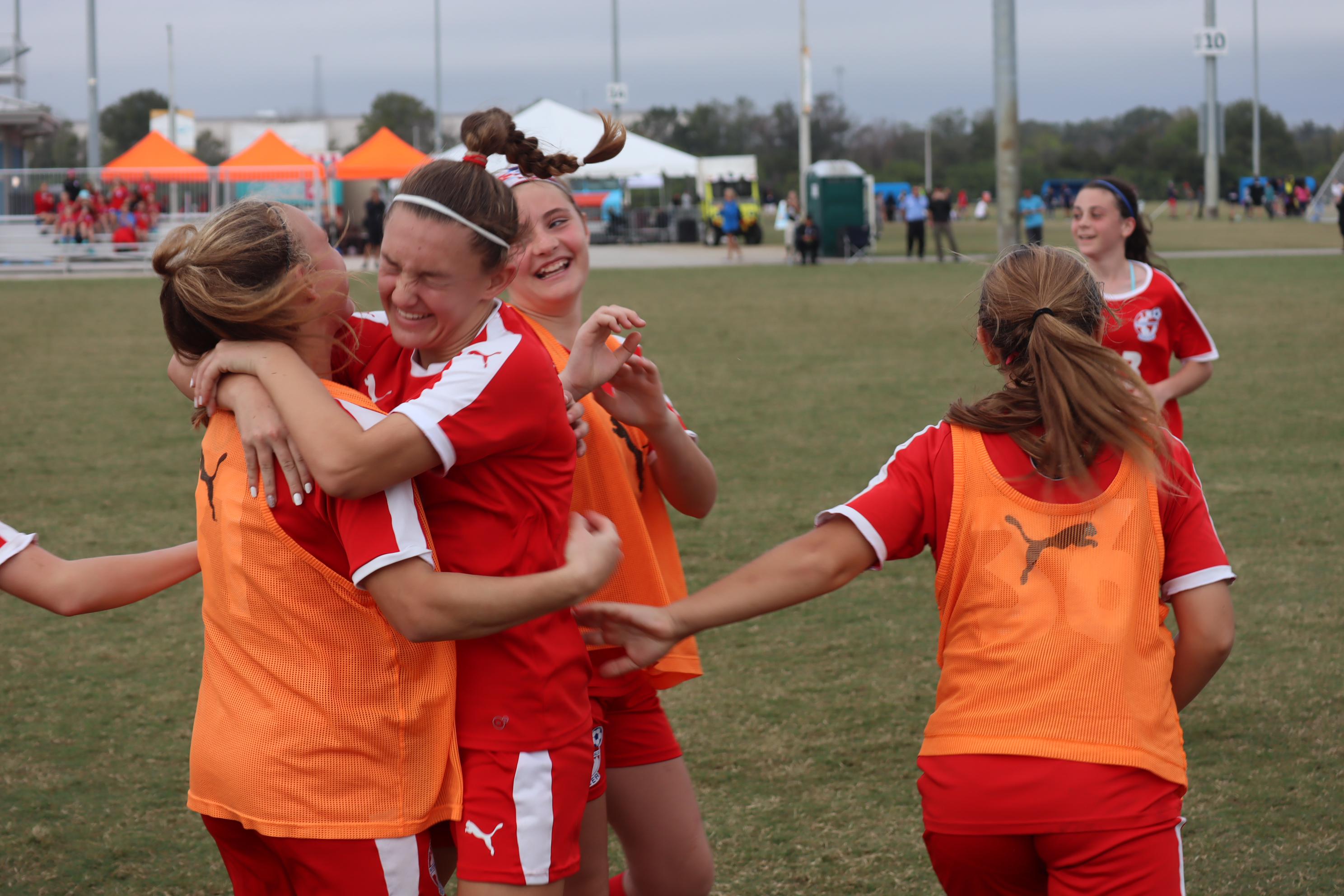 The Internationals SC U14 Girls team was one of ten national champions crowned at the 2019 Super Y Finals, but it was the only one to claim a second straight title at the tournament. The team’s dominance in recent years is down to two things, according to assistant coach Jared Rose: the quality of the players on the pitch, and their dedication to being the best.

“From the back to the front, we have players who push themselves every training session and hold themselves to a high standard,” said Rose, who will also serve as a coach at this year’s USL Experience in April. “This translates into an entire group pushing each other and challenging each other every day. Their quality comes out in different ways, but all are very technical, tactical, and versatile.”

Internationals U14 Girls gradually improved at Finals, trending in the right direction as the tournament progressed. After three narrow wins in the group stage, the team scored nine goals in the semifinal round and four goals in the final -- a higher total than any team across all divisions in the knockout stages.

Rose attributes the strong late performances to the team’s experience at large tournaments, their strict rest and nutrition schedule, and squad depth.

“Excitement and nerves play a huge part in getting through those first games where everyone has a chance,” said Rose. “Then going into the semifinals, those things gave us an advantage with our balance, preparation, and quality.”

The support of other Internationals teams, both in Tampa and from back home in Ohio, also played a large role in spurring the team to a second straight national title.

“We are so excited about winning back-to-back national championships,” said Rose. “We really are ‘all for one and one for all.’ Every time one of our teams wins a national title, they raise the bar of our entire club, which really challenges every age group and our staff to be better than they were the day before.”

With such a strong club work ethic and culture of mutual support, this Internationals team is sure to be a strong contender for a three-peat next year.