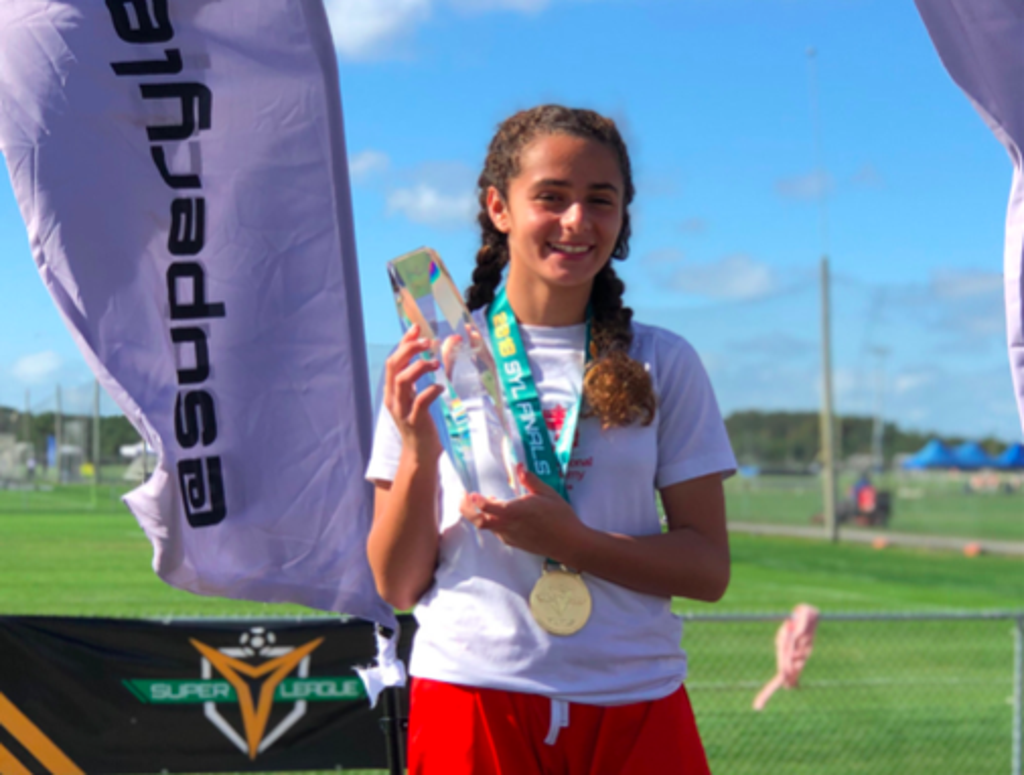 Liverpool FC Michigan Central Academy’s U15 girls side will challenge for the national title at the 2019 Super Y League Finals in four weeks’ time, and they’ll feel their chances are boosted by having one of the league’s top strikers in their ranks. Team captain Aaliyah Faddoul had an excellent season for the Michigan club, and will be a handful for all three of Liverpool’s group stage opponents.

A leader on and off the field, Faddoul has been a vital part of her team’s success so far this season, and she’ll look to win her second straight Super Y National Championship after lifting the trophy in 2018.

“Aaliyah is not only our captain, but she leads by example in her performance on the field and by her ability to bring the girls together,” said her coach Danny Price. “Her movement on the field and goal-scoring record is unmatched anywhere across the league.”

Even for such a young forward, Faddoul’s knack for moving off the ball and finding space in the box is well beyond her years. She scores goals at a highly-efficient rate and is a clinical finisher. Her coaches say her commitment to practicing away from the team’s games and training sessions is what sets her apart.

Though she won the Super Y National Championship in 2018, Faddoul has shown no signs of complacency. This season, she led her team to the State Cup Finals in Michigan as well as to a berth at the 2019 Super Y Finals. She was the team’s leading scorer in both Super Y and State Cup play this season.

“Aaliyah scores goals for fun, but her movement and her ability to create space for goal-scoring opportunities in 1v1 situations reminds me of the U.S. women’s national team’s Alex Morgan,” said Price.

That comparison is a high compliment, but it’s one Faddoul has earned with her work ethic and leadership. Like any good captain, Faddoul brings her teammates together in pursuit of a common goal, and her work rate is infectious. Look for Faddoul and the Liverpool FC Michigan Central Academy U15 girls team to make a big impact at this year’s Super Y Finals.